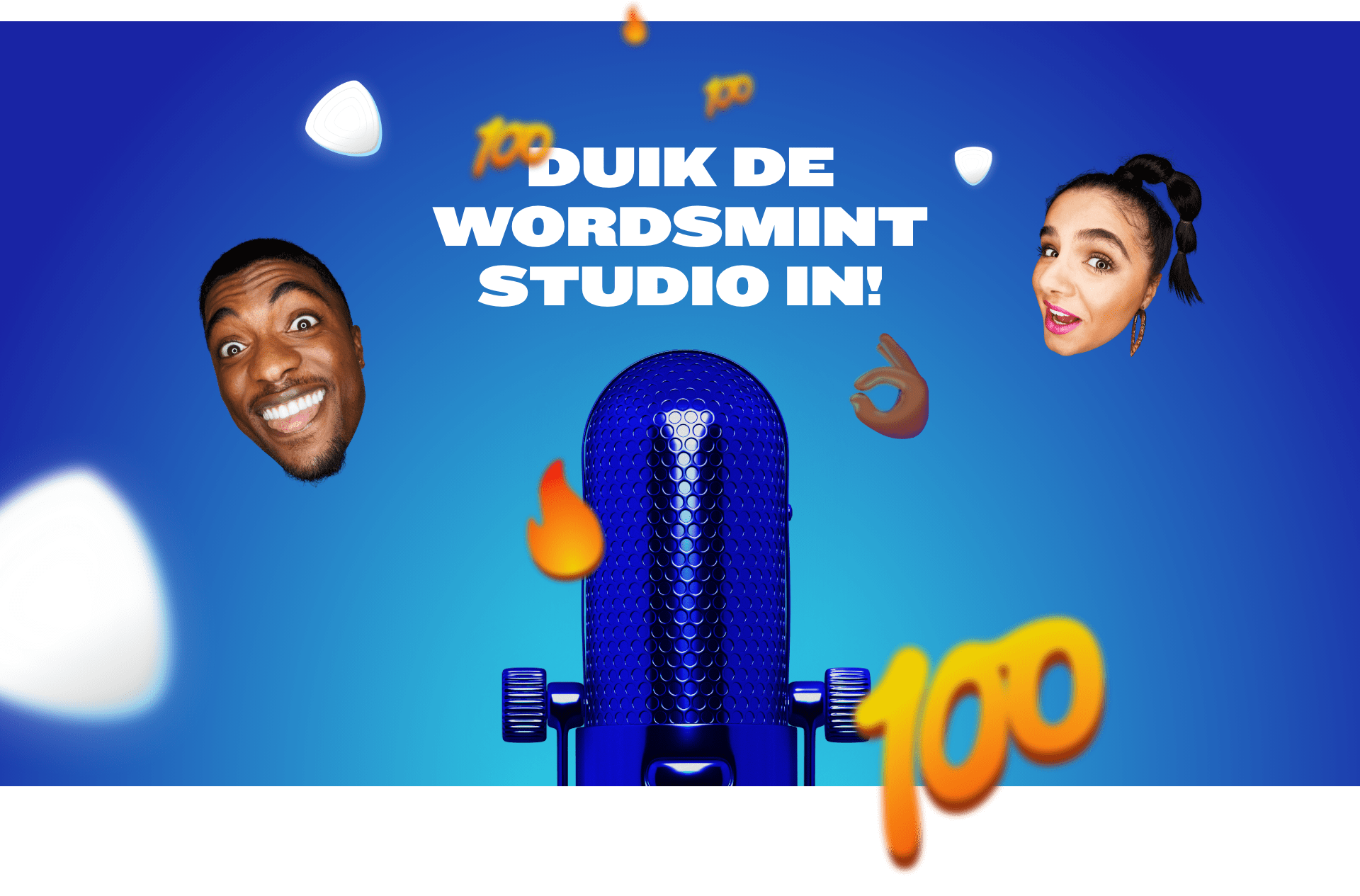 Smint is a Dutch peppermint brand that boosts confidence. Inspired by the Dutch wordsmiths in the music scene and by the generation Z’s savvy-ness, the concept of WordSmint was born. An AI app that rates your signing and word choice real time, followed by feedback based on sentiment and an unique generated artist’s name cover. 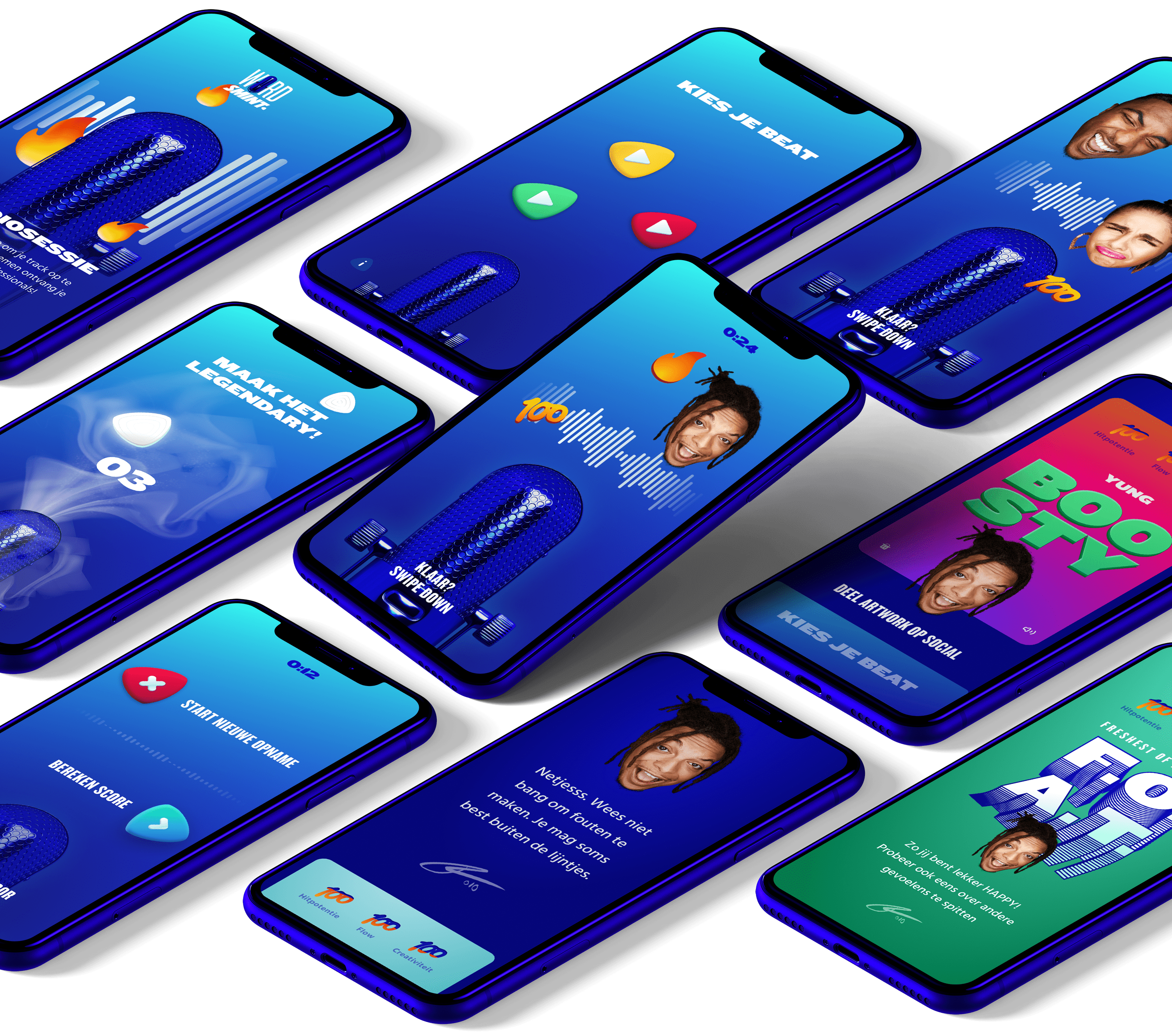 Working on this project from pitch to campaign launch was quite a journey. On one side there was the campaign and art direction team that collaborated with the artists and producers, on the other side was design and tech pushing boundaries. UI-less UX combined with back-end magic resulted in a fun and delightful app that brings a surprise and hopefully a smile every time it’s used. 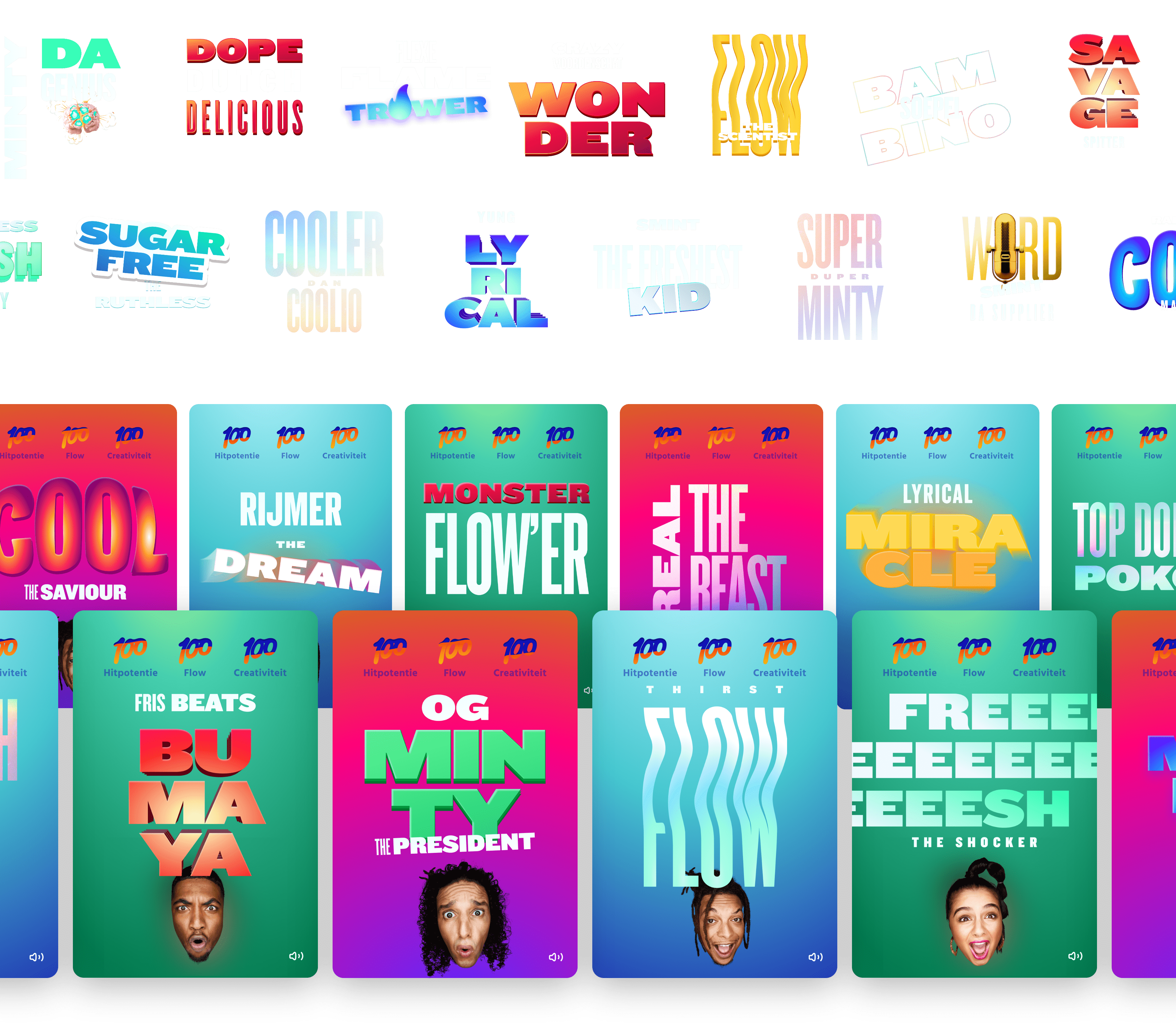 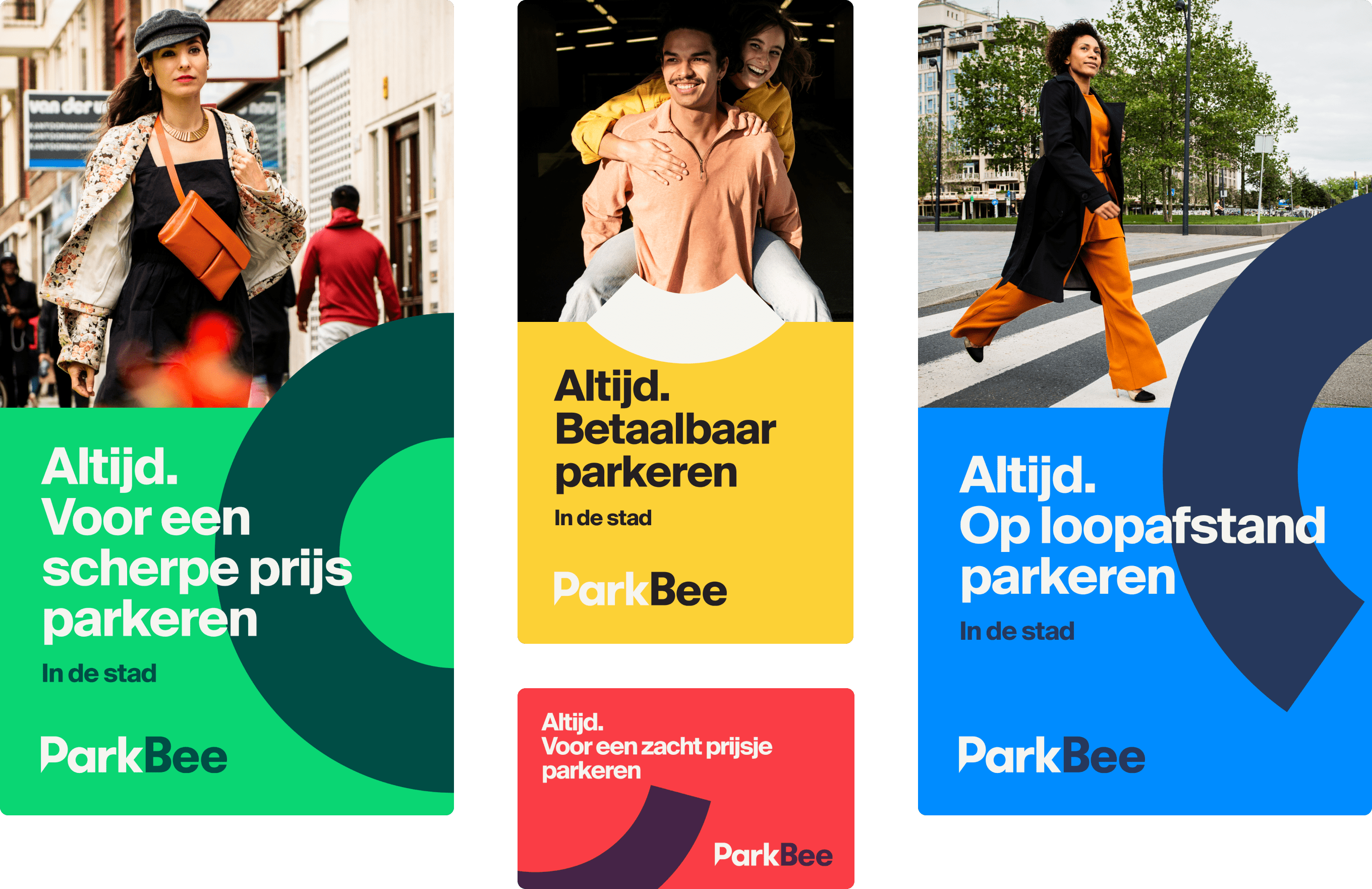 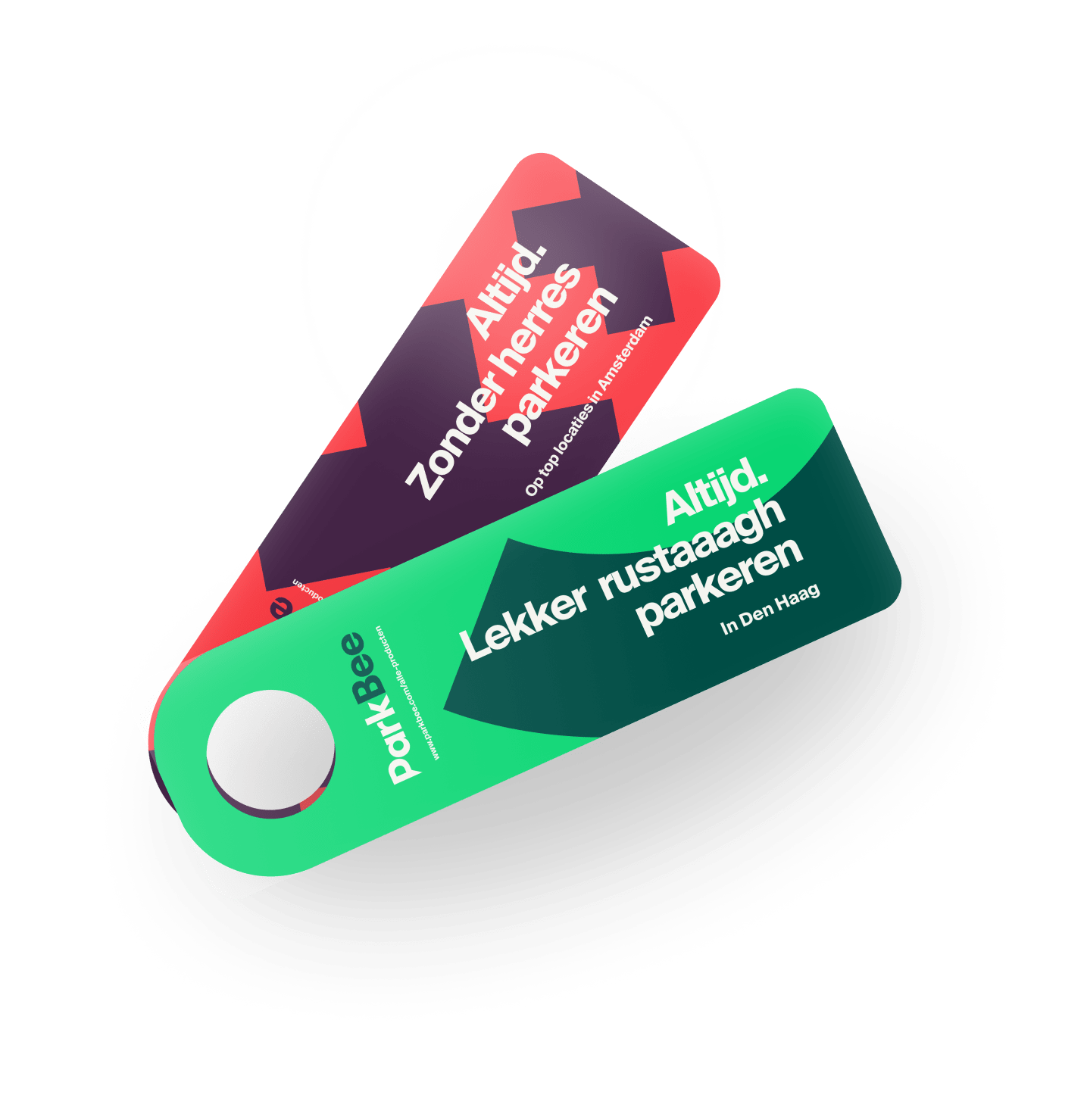 As a visual designer at DotControl, I got to work on a short but high paced offline & online branding awareness campaign. We translated the freshly rebranded smart parking-spaces agency ParkBee from a brand-guide with defined colors and typography to a tangible brand with soft personality and a strong distinguishable  character. Driven by emotion and one clear mission - give space back to the city. 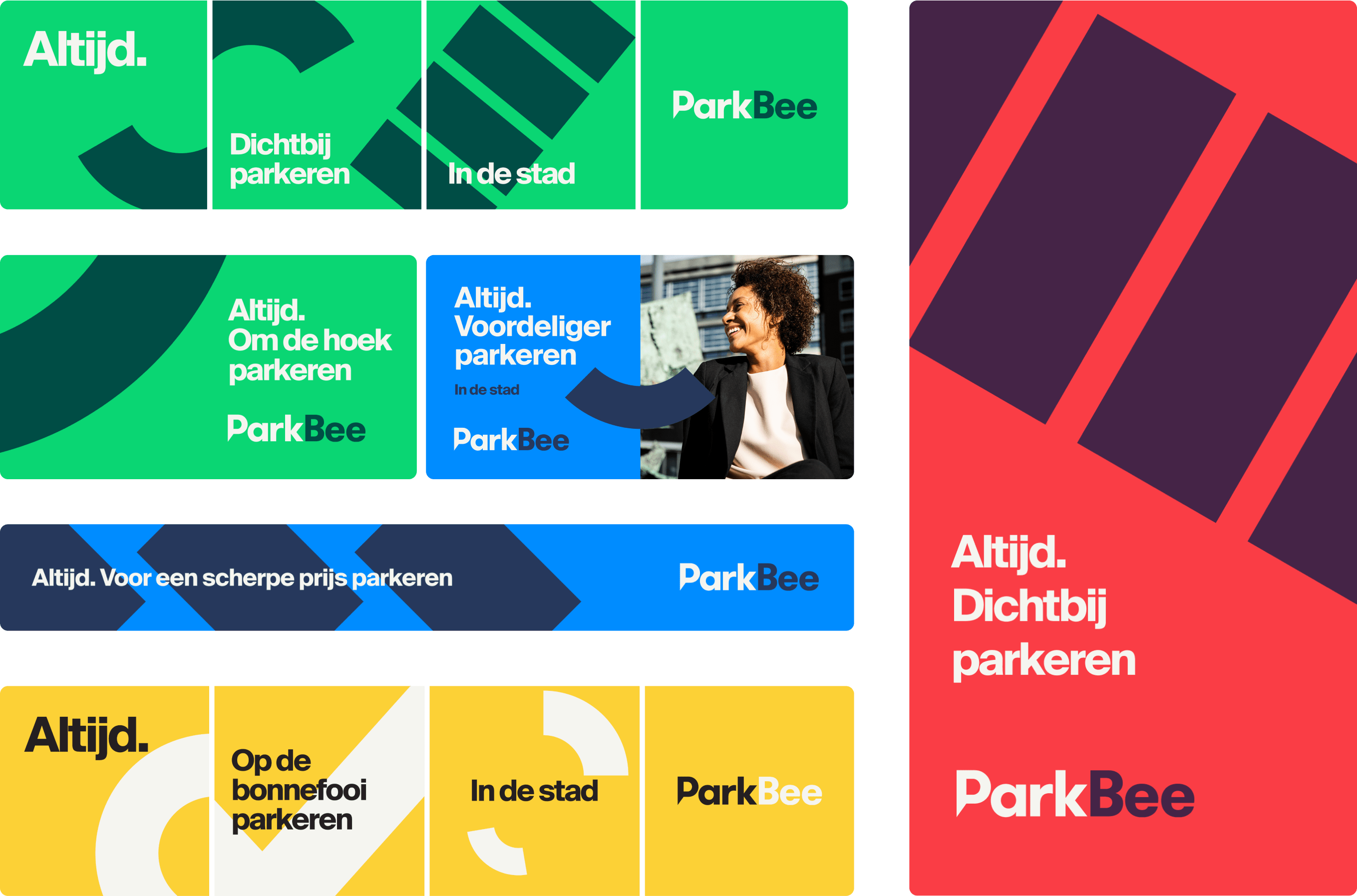 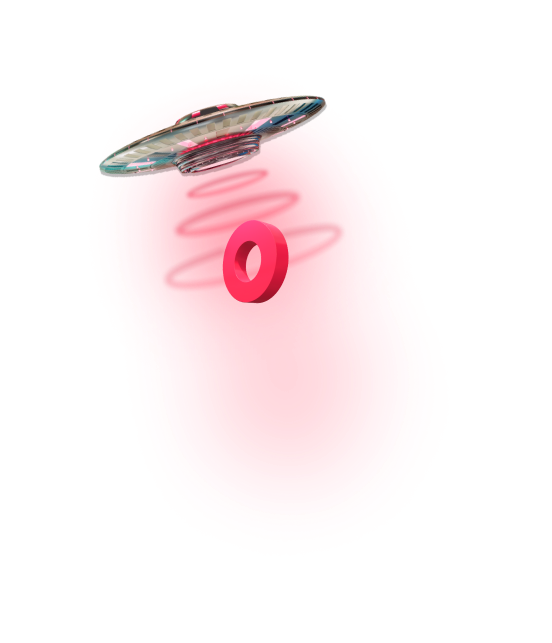 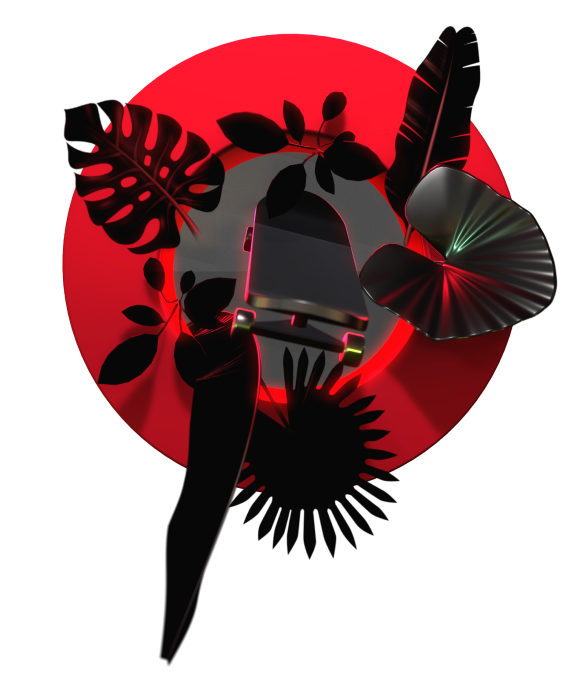 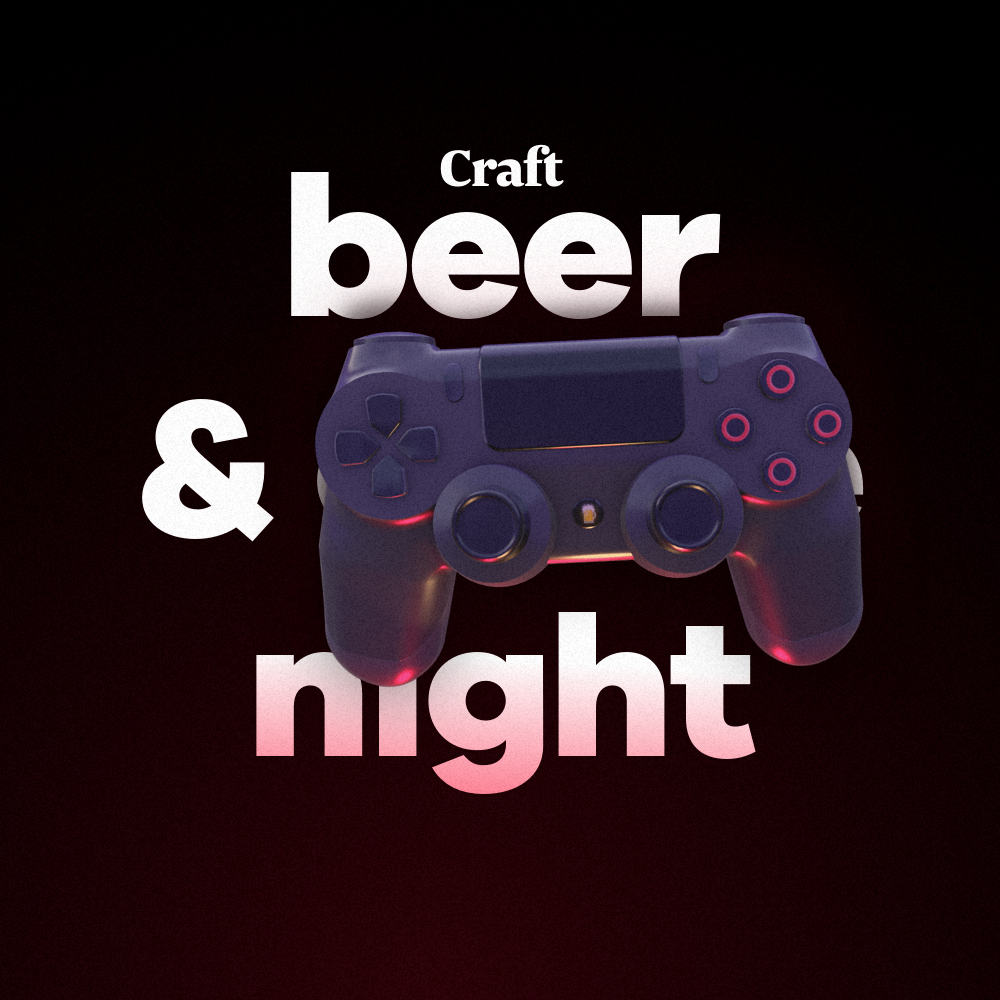 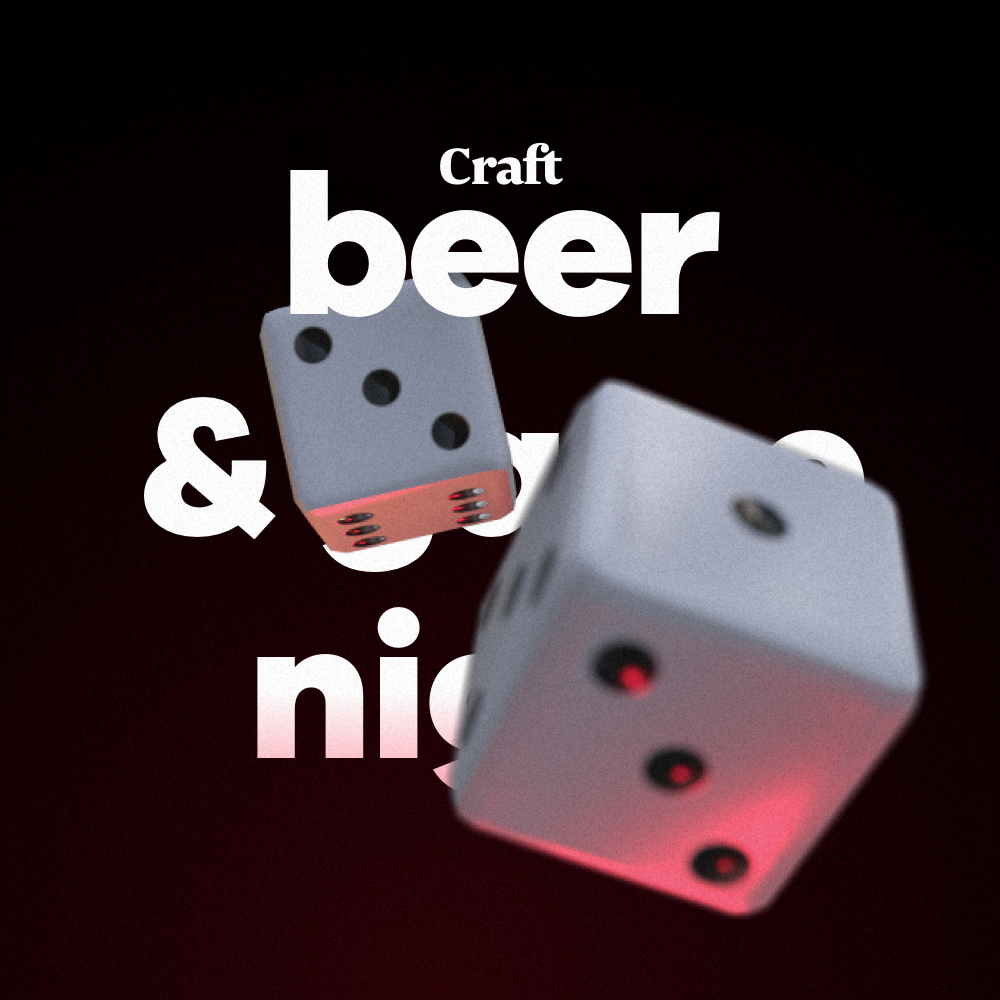 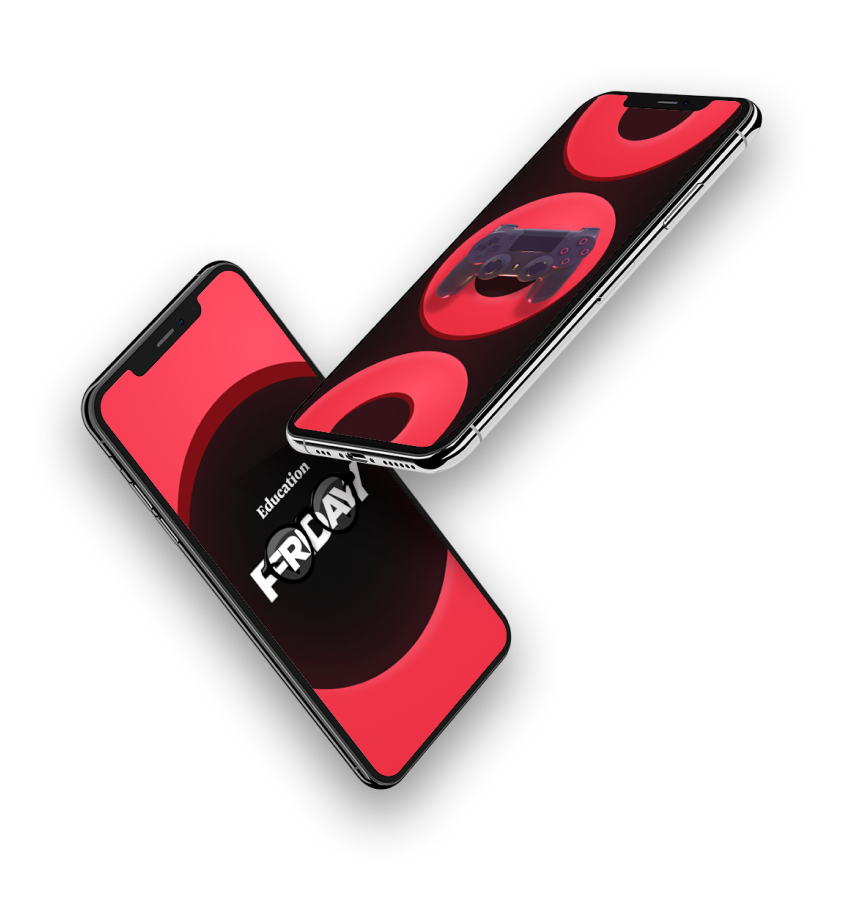 Rebranding means a fresh start. A fresh breath, time for reflection & strategic moves. While working at Dotcontrol I was the main responsible for the visual style and the story of the two brands, now visually united into one family. Some things needed more funk, others more visual power,  third were very unclear in the first place. One of the most asked questions? "What color pink are we actually using?" It's different every time one spots it. So more clarity on the new brand guidelines? Check! At the end, rebranding starts from within. If my colleagues can't embrace and carry the new story, is it even worth it? How do you explain the new branding in 5 minutes to anyone of your 70 colleagues, not matter how design savvy they are?

What? Well.. the thinkers and the doers in a healthy mix. Meet the two new typefaces – Galano Grotesque a.k.a the Balls. Very geometric, all sharp but round, soft but bold. The doer. The balls. The perfect match with the two new logos. Paired with Newzald, the witty sheriff in charge of authority and explaining more in depth. Okay... but how about the issue with the colors mentioned before? Those were narrowed down to matte black, white & the now legendary #FF2345. This shade of pink doesn't even need a name. It's the interaction color, counting up to remind you it's time for action. 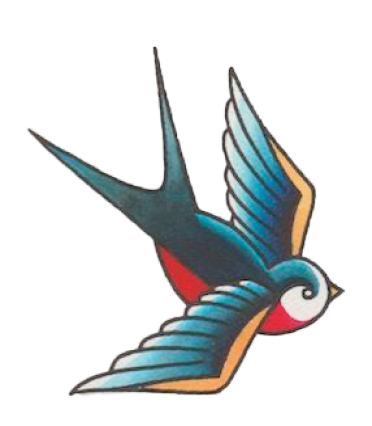 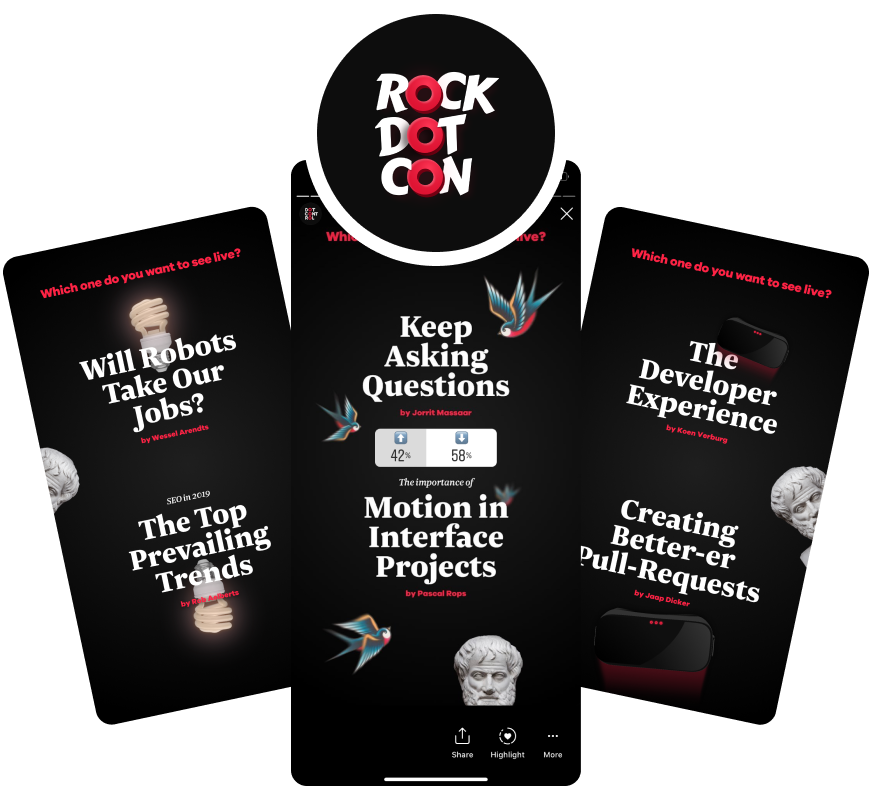 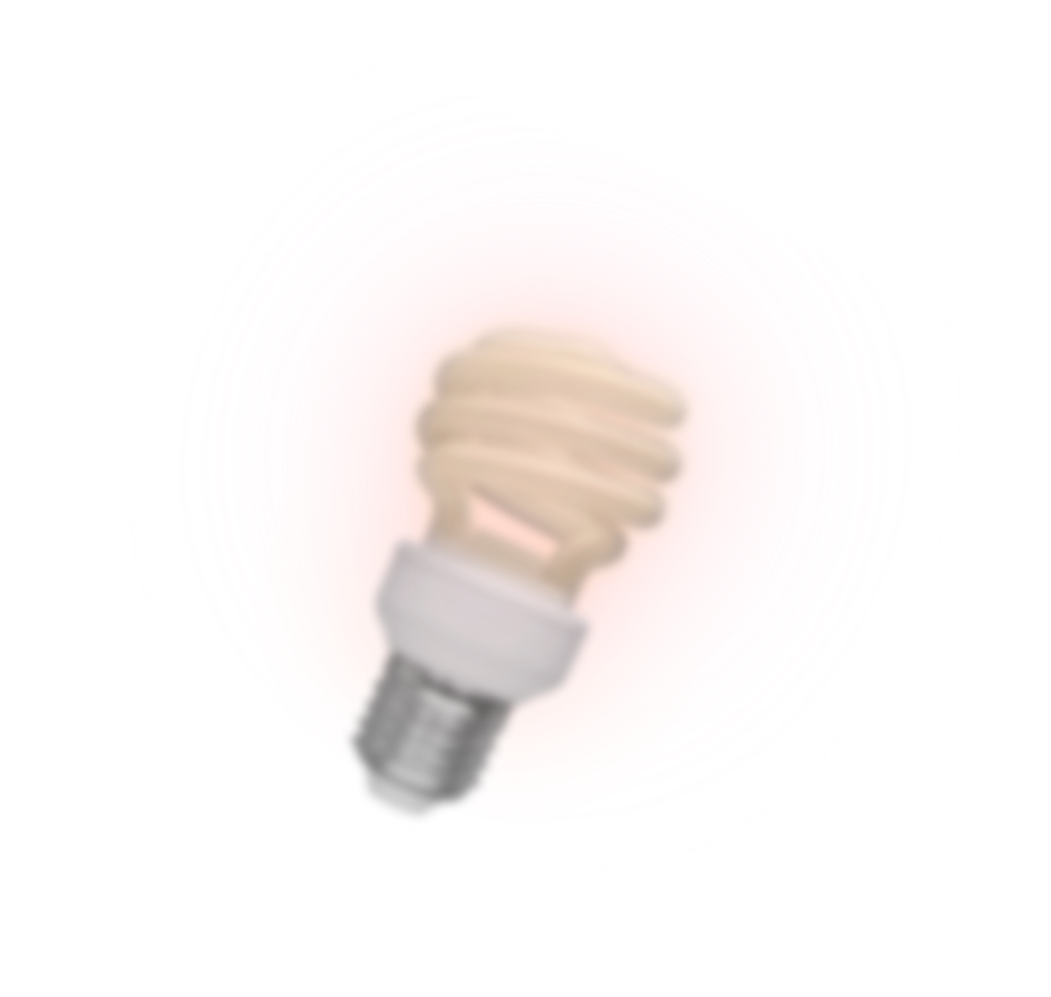 RockDotCon was the first ever external conference organised by the two companies. Around 50 people who came to see and hear talks about growth hacking, design and development. Since I was the only designer involved in the rebranding project of the two companies, I got the chance to design the branding for the conference as well.

Illustrations concept & execution - Me
Brief
Visualise the ‘happiness chemicals’ as memorable characters. In one day. 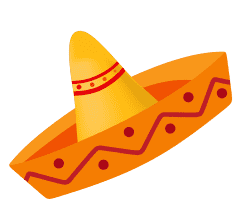 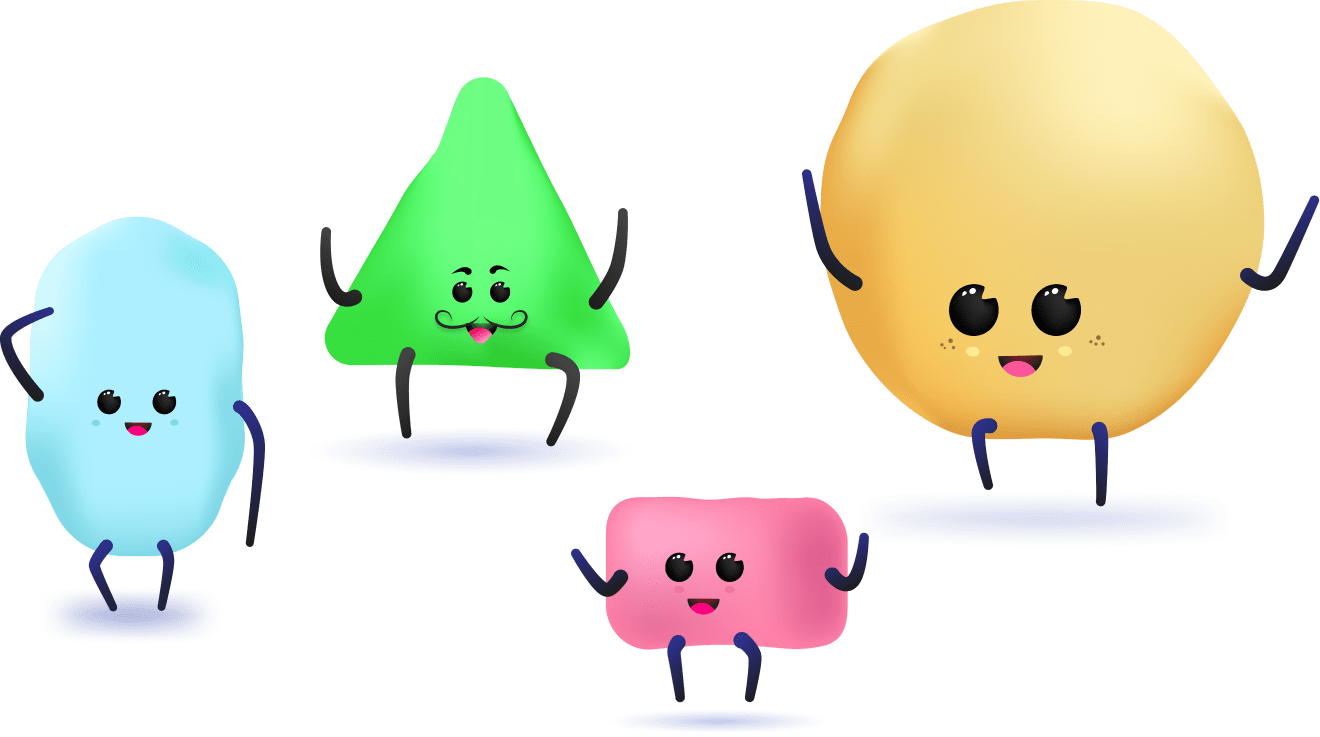 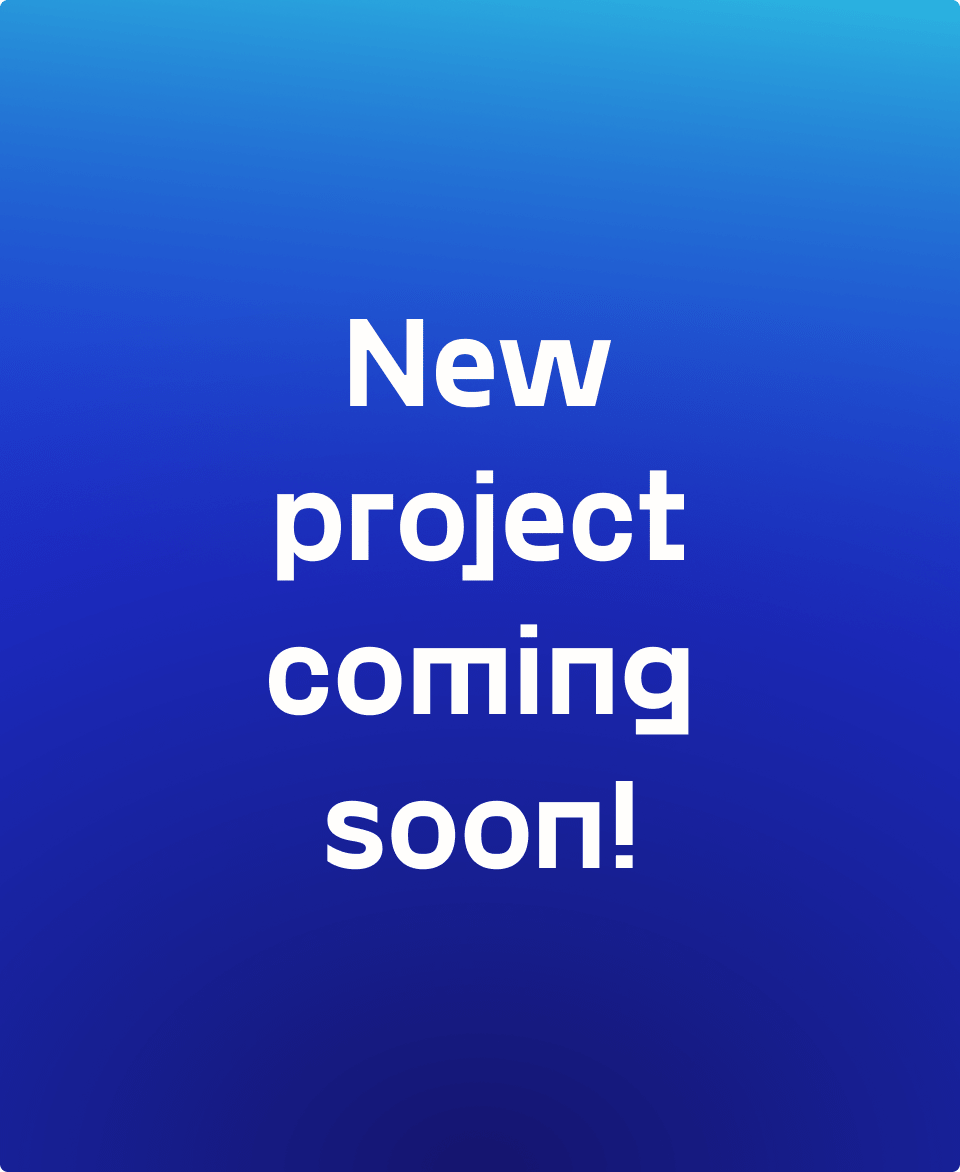 Show me more about the UX of this project

Pitch & Design  - DotControl
Lead visual designer - Me
Brief:
A fresh new website that fits the character and size of the university perfectly, on every screen size. 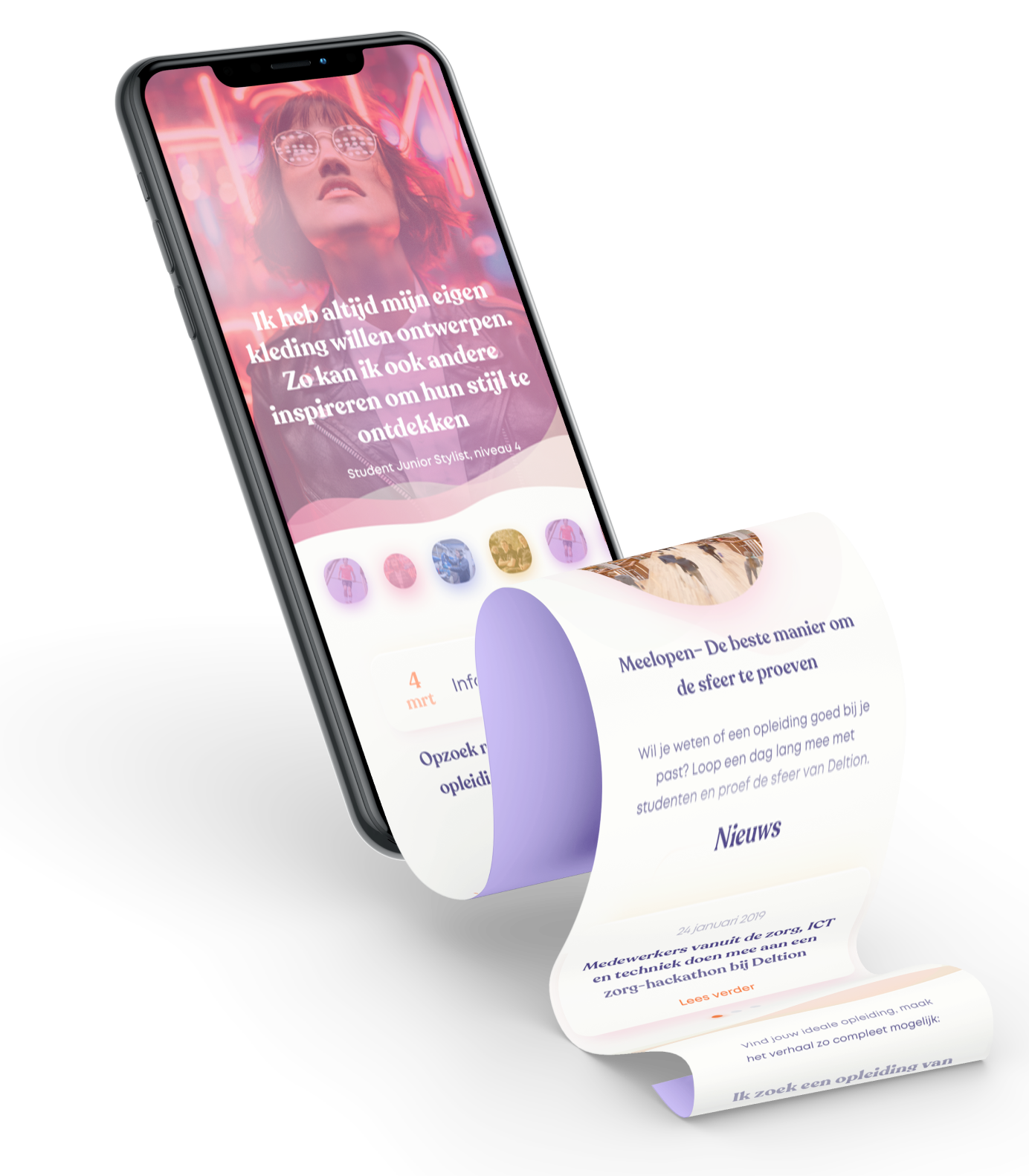 Those are the results after a design sprint for a (MBO) university’s website redesign traject. Having a lot of quantitative data available, we conducted a co-creation session with the students of the school to find out how they perceive their school and how they would want to see it in the future. Unfortunately enough, the stakeholders involved in the project decided to proceed with a different visual direction than the one presented above, so those designs have never been implemented.

Luckily, the solid design system helped a lot with changing all the UI elements in the new visual style very quickly. Although this project has never been implemented, I wanted to showcase how websites can look when they stop being only functional and start cary a bit of personality and softness with them.

Below you see the app we designed for the pitch. Besides answering the clients brief by presenting how the university's new website can look like, we decided to creatively solve another problem we stumbled upon during the research fase. From the quantitative data RockBoost gathered, we say that the students experienced a lack of clear communication between the students and the university. There was also a lack of motivation on the student's side to get the needed points to pass a year or to finish a study the numbers showed. So I took over the concepting for an app that solved those two problems. By showing you one sided updates from teachers about deadines, homework, assignments and announcements and creating challenges out of important 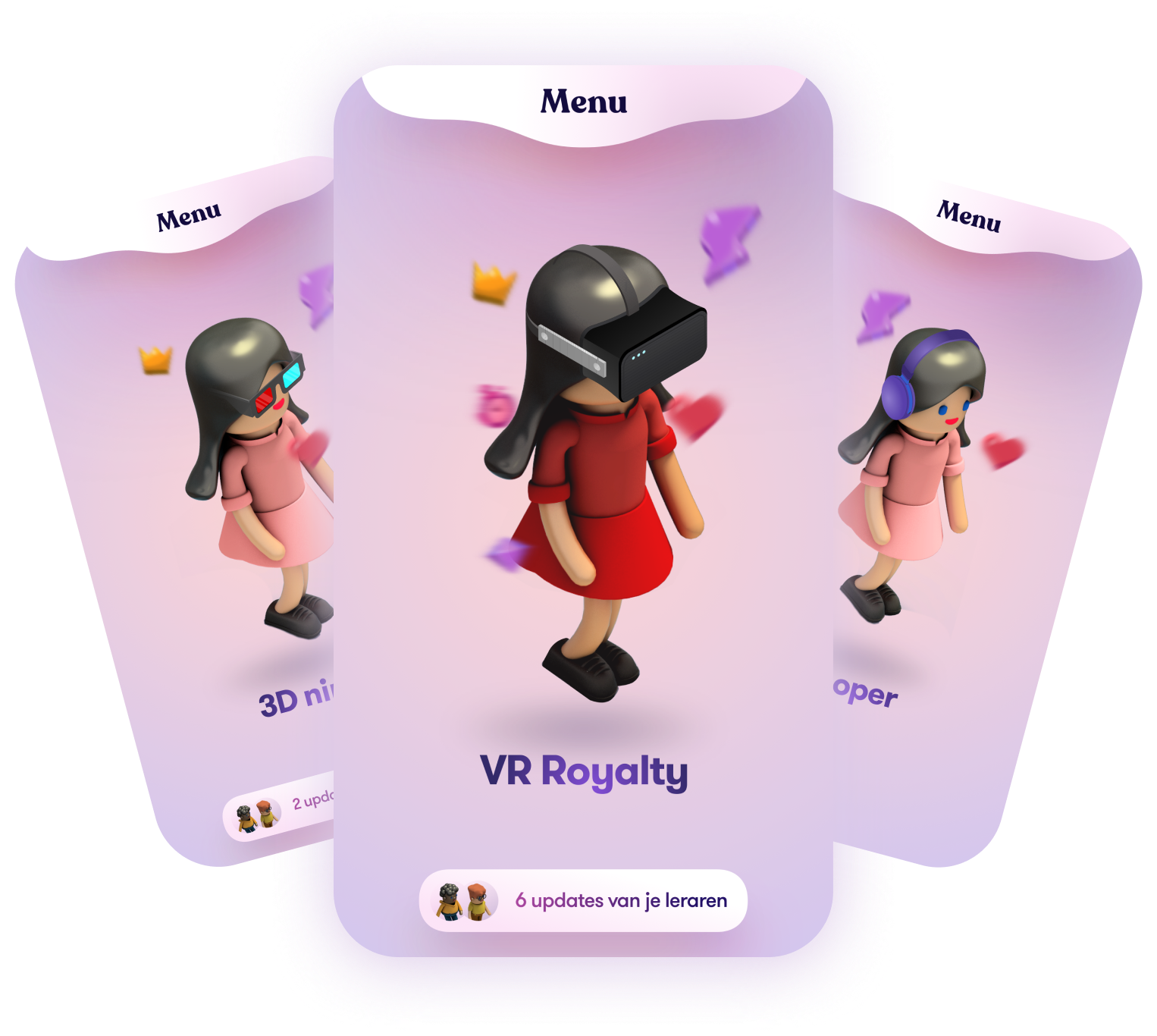 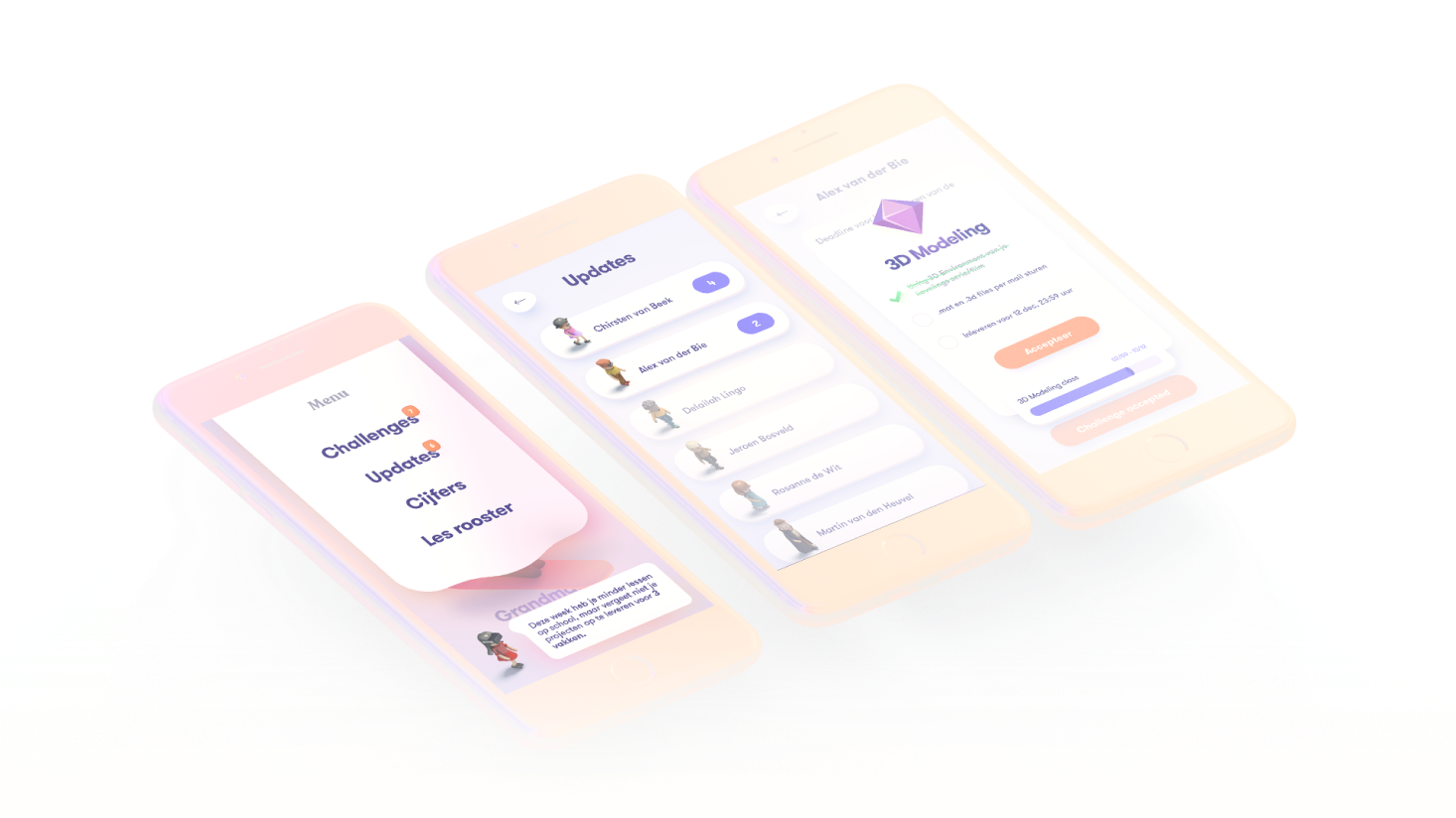 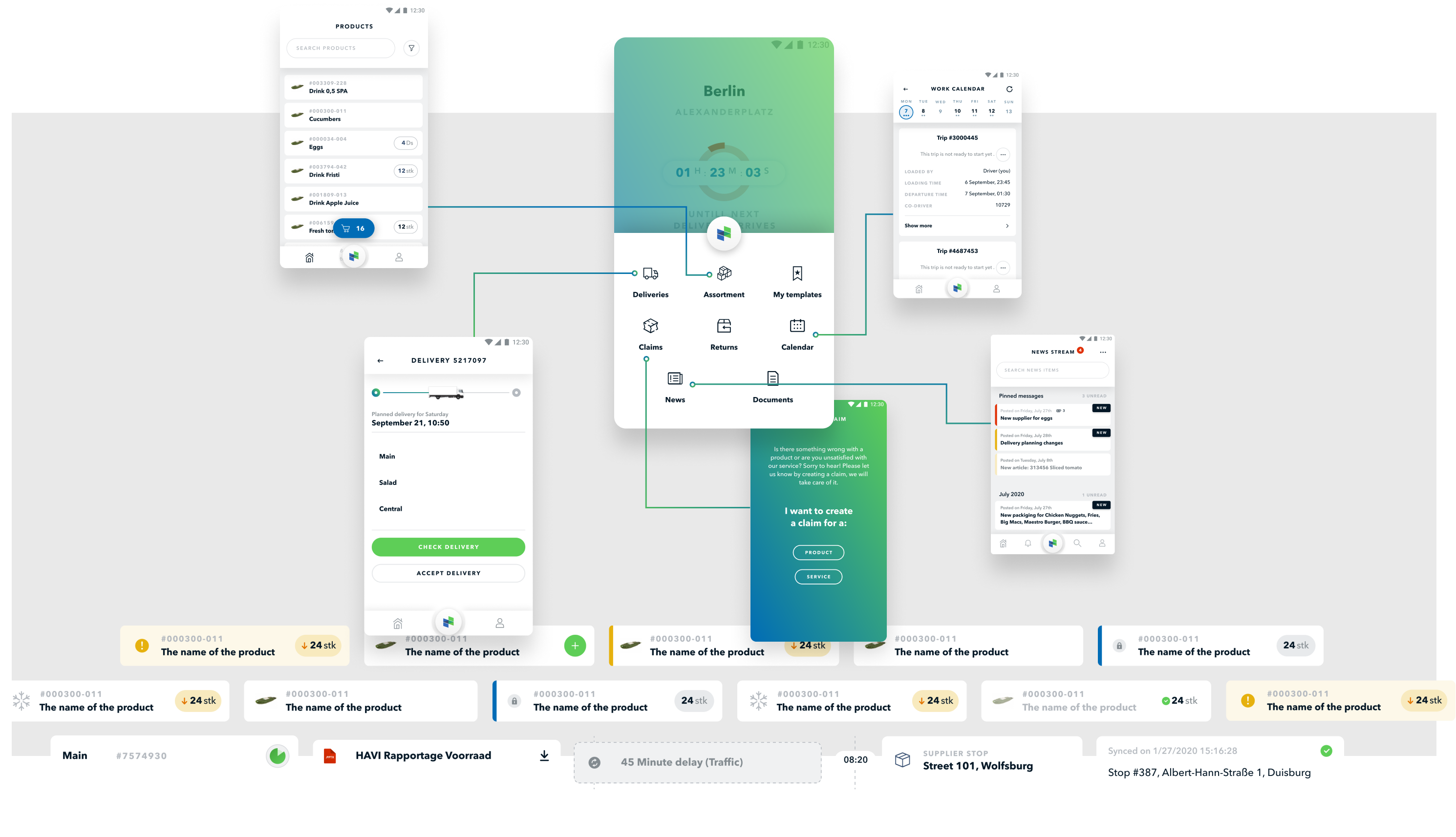 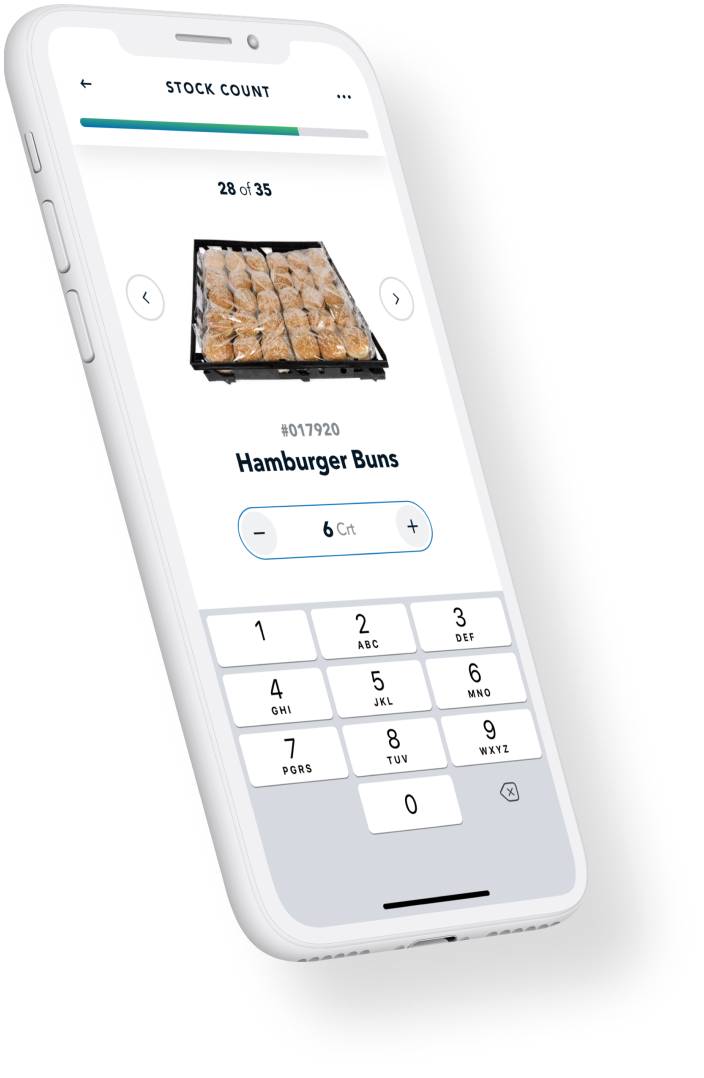 HAVI wanted to digitalised their fastfood logistics. On one side they needed a smart app helping the restaurants managers with their daily orders and deliveries. On the other side they needed a different approach for the truck drivers, to make the logistics easier, smarter and faster. Features like image recognition for empties, and 14 days work calendar were developed to help out with digitalising 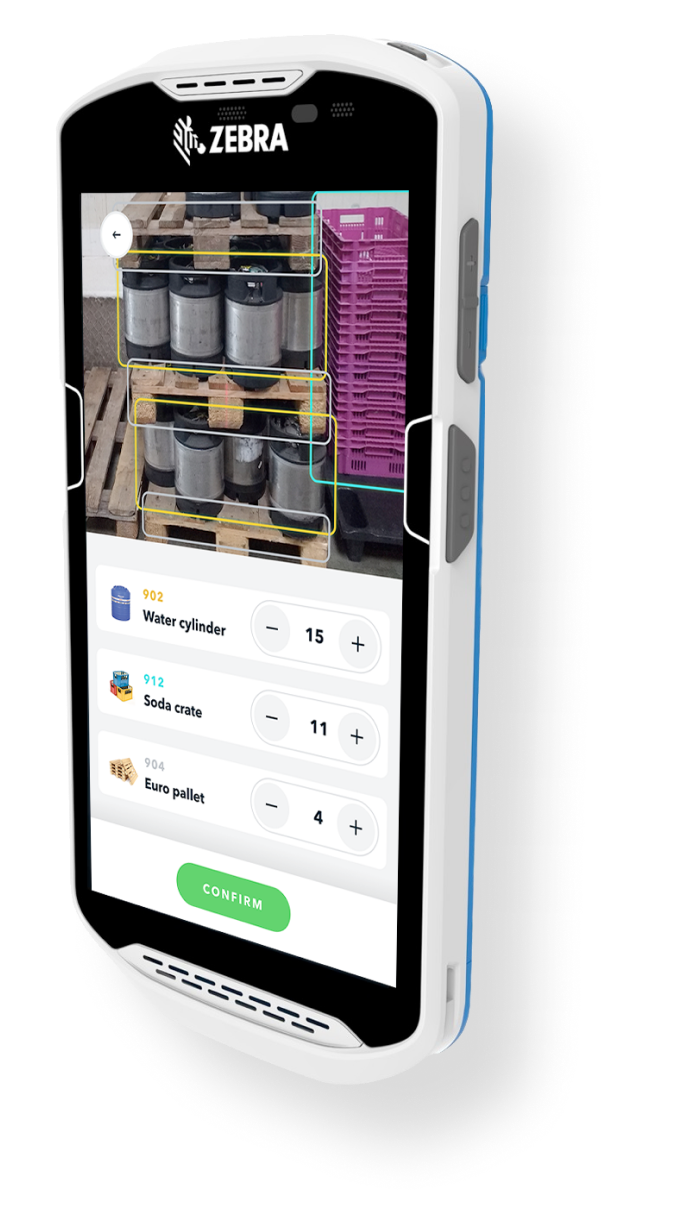